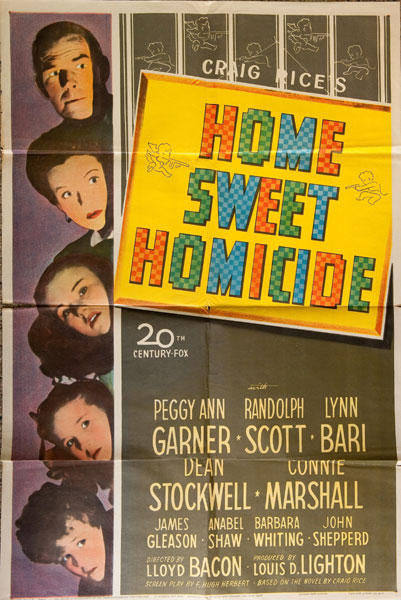 Based on the 1944 book of the same name by Craig Rice, the film was directed by Lloyd Bacon and starred Randolph Scott, Peggy Ann Garner, Lynn Bari, James Gleason, Dean Stockwell, Connie Marshall, Anabel Shaw, Barbara Whiting, and John Sheppard. A bit of creasing to bottom edge of unprinted border, and a few small tears at folds, else very good and folded. Suitable to be backed with linen and matted and framed.

The Just And The Unjust.
by James Gould Cozzens