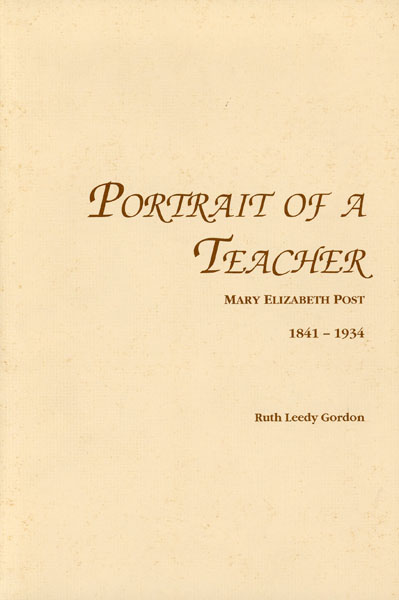 Portrait Of A Teacher, Mary Elizabeth Post And Something Of The Times In Which She Lived 1841-1934.

Other works by GORDON, RUTH LEEDY

First edition. 8vo. Printed wrappers, xiv [2], 154 pp., frontispiece [portrait of Mary Elizabeth Post], about the author, preface, prologue, illustrated, plates, portraits, maps, appendix. A biography of Mary Elizabeth Post, who settled in Yuma, Arizona in 1872 and there resided until her death in 1934. She was a woman that was one of the foremost teachers of the western frontier. Even more than a teacher, she was also churchwoman, patriot, politician, home demonstrator, nurse, companion, she was a woman who had the courage to live abundantly. She left an indelible mark on the character of Yuma. Fine.

Letter From The Secretary Of The Interior, Transmitting, …
E.A HITCHCOCK