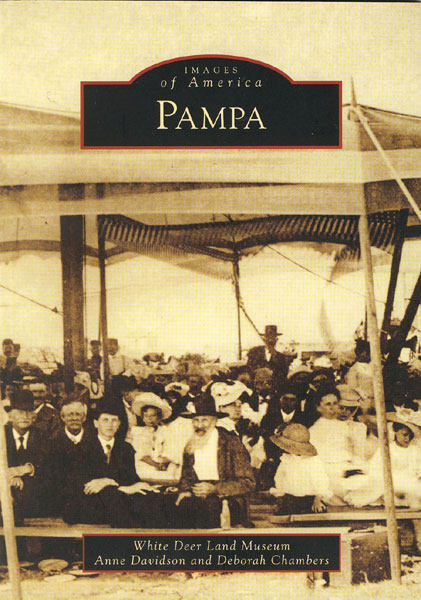 by Anne And Deborah Chambers. Davidson

First edition. 8vo. Pictorial wrappers, 127 [1] pp., acknowledgments, introduction, illustrated. The development and history of Pampa, along with the cowboys, Indians, outlaws and law enforcement, etc. "The Panhandle's first railroad, the Southern Kansas Railway of Texas, was constructed in 1886. Reaching Amarillo in 1889, the railway pulled cars filled with immigrant families and their belongings. The settlers were farmers from the east and south who came west to find water and cheap land. George Tyng, an adventurous fortune seeker, began leasing ranch land in 1887. A rail station was constructed, and Tyng eventually settled on the name "Pampa," a South American word that means 'plains.'" As new, unread copy.

All In The Day's Riding, "Up In The …
by Will James

I Give You Texas. An Indispensable Guidebook For …
by Boyce House

Sand
by Will James

Ladies Of Easy Virtue In The Bitterroot Mountains
by Jay Moynahan