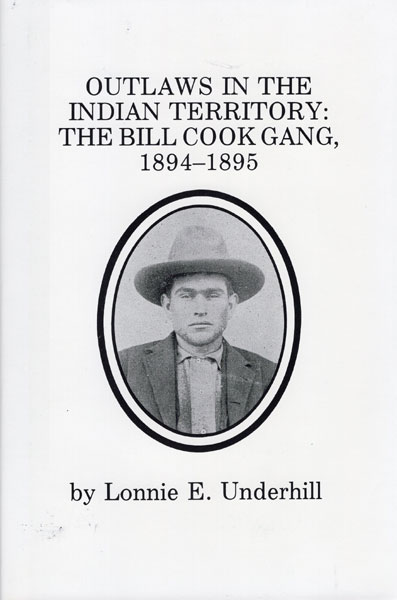 First edition. 8vo. Limited to 300 copies, of which this is number 63. Signed by the author on the half title page. Red cloth, titles stamped in gold gilt on the spine, tan front and rear endpapers, about the author, introduction, illustrated, portraits, map, references, index. The final ten years of the nineteenth century were violent times in Indian Territory. Outlaws of all sorts terrorized the Territory's main-travelled roads, railroads, express agents, banks, and merchants. U. S. marshals seemed unable to stop the outrages because there were too few field deputies, judicial jurisdiction complicated their efforts, and travel was hard. One band of outlaws that prospered during this time period was led by the notorious Bill Cook. As new, unread copy in dust jacket.

All The Buffalo Returning.
by Dorothy M. Johnson