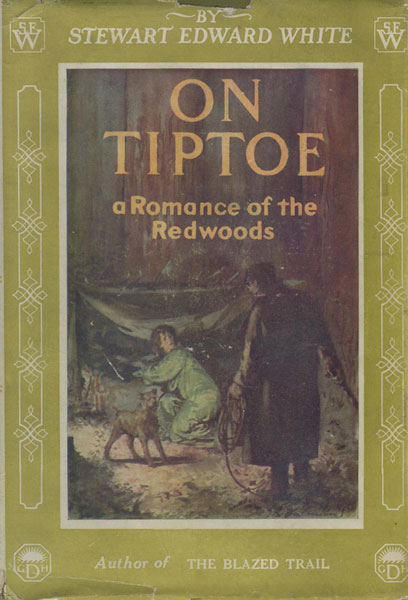 On Tiptoe. A Romance Of The Redwoods.

First edition. Inscribed by the author: "To J.C. Dykes, an excursion into fantasy, Stewart Edward White." Colored frontispiece by Thomas Fogarty. Very good in dust jacket with moderate wear to the extremities. A girl, her father, a young man, and an English valet are traveling together when a storm, complete with gales, flooding and lightning forces them to stop in the Redwood forest. There they spend four days and four nights, trapped by the continuous strong winds, flooding, and lightning.

An Arizona Chronology: The Territorial Years, 1846-1912.
by Douglas D. Martin

Memoirs Of Stephen Burroughs. [With:] Volume Ii.
by Stephen. Burroughs