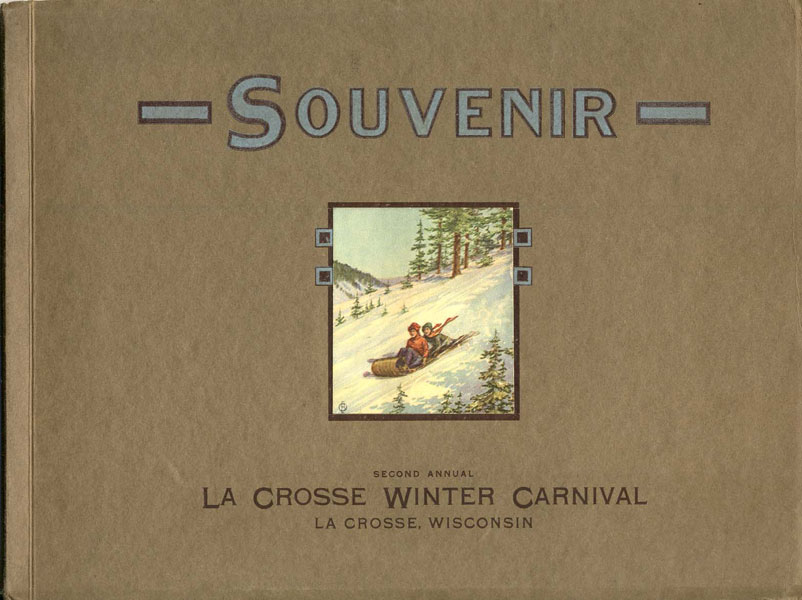 First edition. 7 7/8" x 10 1/2" oblong, pictorial, stiff wrappers, n. p. (76 pp.), illustrated. The entire booklet is all views of the Winter Carnival. Pictures of the King and Queen, ski jumping, ice skaters, many floats and bands that every business sponsored, all trying to win the first prize, which eventually went to the Batavian National Bank Marching Club. All had fun doing this fair as there were many interesting costumes by the entrants. The Tribune Marching Club dressed as Indians, the float by George Tire Depot had several tires and was topped by a dog, the La Crosse Rubber Mills Co.'s float was a nifty shoe filled with company executives, the W. A. Roosevelt Co., Marching Club had its costumed members march with a trained bear, and many others of interest. Three of the views are fold out views. A fine copy.

Bungalow Camps In The Canadian Pacific Rockies
by Betty Thornley