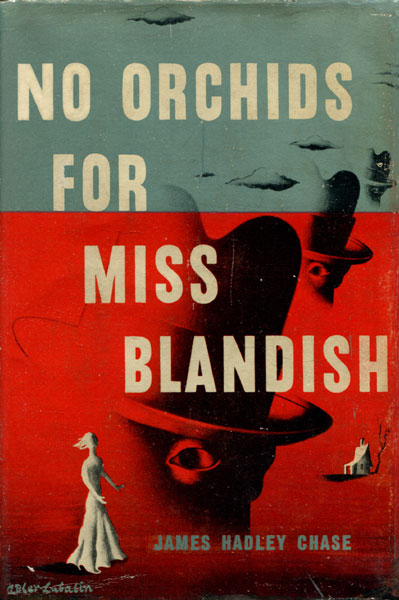 No Orchids For Miss Blandish.

Other works by JAMES HADLEY CHASE

First U. S. edition. Author's first book. Near fine, tight copy in dust jacket, professionally restored at spine ends and corners with two small closed tears at bottom edge of rear panel. Tough and important hardboiled mystery about the kidnapping of an heiress by a mob of ruthless gangsters. Dave Fenner, an ex-reporter turned private eye, is the hero of this tale. It was made into a film in 1948 with an all-British cast except for American actor Jack La Rue, who starred as Slim Grissom, the leader of the Grissom Gang. In 1971, Robert Aldrich filmed the story using the title THE GRISSOM GANG, that starred Kim Darby as Barbara Blandish, Robert Lansing as Dave Fenner, with Scott Wilson, Tony Musante, Connie Stevens, Ralph Waite, and others in supporting roles. The book provides a tough, hardboiled story and THE GRISSOM GANG is carefully constructed, exciting, full of suspense, with much attention to the story detail. An exceptional copy.

The Wrath Of Angels.
JOHN CONNOLLY