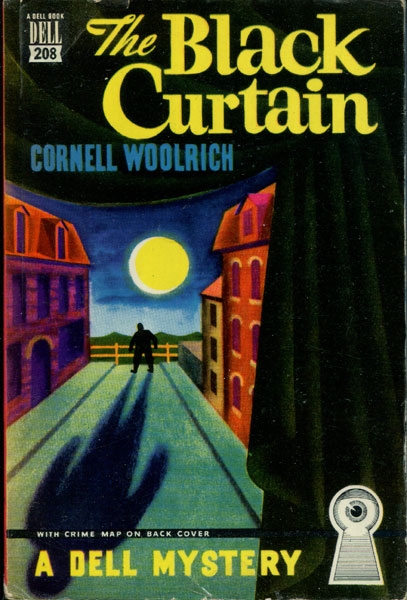 Other works by CORNELL WOOLRICH

Dell "Mapback" paperback edition. Dell 208. Attractively colored paperback edition, with a tiny chip to foot of spine, protective lamination beginning to loosen at two points on the front cover, and a vertical crease to the rear cover has also caused the lamination to wrinkle along the crease.1001 Midnights says, "...surely one of the best suspense novels ever written on the overworked theme of amnesia. It was filmed in 1942 as Street of Chance with Burgess Meredith as the man searching for his past,..." Frank Townsend is a man who lost three years of his life, who did not know where he'd been during that time, nor what he'd done. Gradually, with a mounting sense of horror, Frank realizes that his furture is menaced by his unknown past ... he is being watched and followed by a relentless pursuer. Despite the described flaws, an attractive copy.

The Woman In Red.
ANTHONY GILBERT