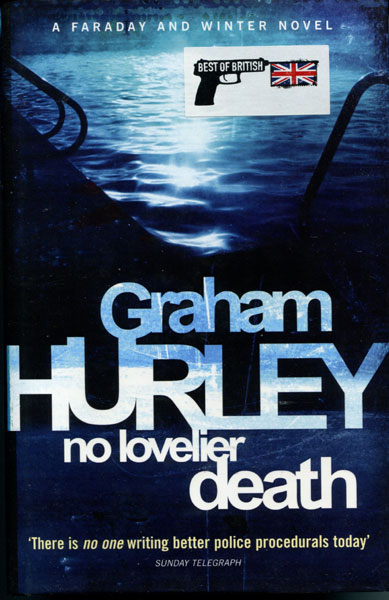 First edition. Fine in fine dust jacket. When Crown Court Judge Peter Ault and his wife go away on vacation, their 17-year-old daughter throws a party. Things quickly get out of control resulting in a riot and the property is trashed. Before the night is over, she and her boyfriend have been murdered. Their bodies are found by the side of a neighbor's pool. A massive police investigation is launched with Det. Insp. Faraday in charge. The judge's neighbor had promised to keep an eye on things while Ault was away. Awaiting the return of the judge, the neighbor is determined to find the killer. The neighbor? Bazza MacKenzie, the city's cocaine king. A man who made his fortune supplying the city with class-A drugs. The man in his organization charged with getting the job done? Ex D/C Paul Winter.

The Postscript Murders
by Elly Griffiths