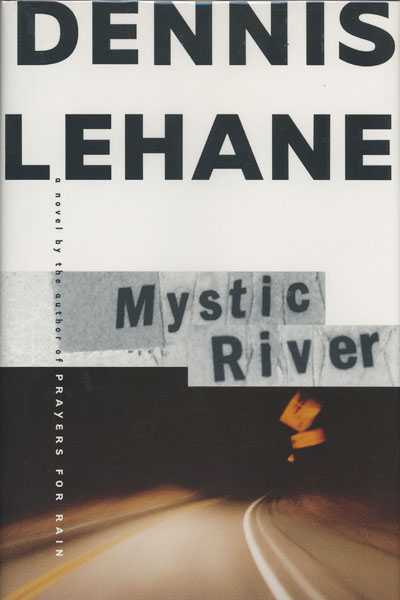 First edition. Fine in dust jacket. Basis for the Academy Awards nominated picture of the same name, directed by Clint Eastwood and starring Sean Penn, Tim Robbins, Kevin Bacon, Marcia Gay Harden, Laurence Fishburne, and Laura Linney. Sean Penn won in the best actor category and Tim Robbins won in the best actor in a supporting role category, while Marcia Gay Harden was nominated for best actress in a supporting role, and Clint Eastwood was nominated in the best director category. Twenty-five years ago, Dave Boyle got into a car. When he came back four days later, he was different in a way that destroyed his friendship with Sean Devine and Jimmy Marcus. Now Sean's a cop, Jimmy's a store owner with a prison record and mob connections, and Dave's trying hard to keep his demons safely submerged. When Jimmy's daughter Katie is found murdered, each of the men must confront a past that none is eager to acknowledge.

The Roaring Of The Labyrinth.
by Clio. Gray

Murder In The Stratosphere.
by Gilbert. Eldredge