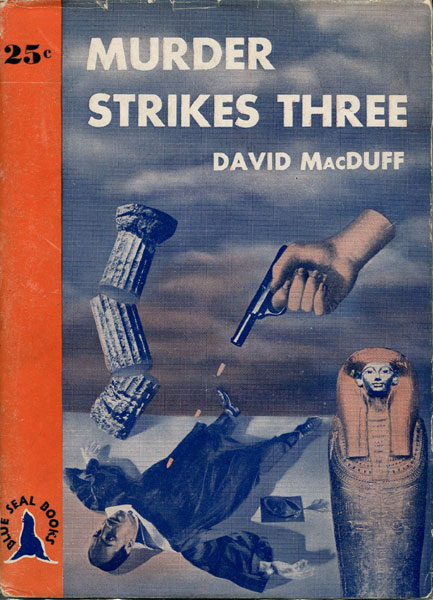 Other works by DAVID MACDUFF

First edition. Author's first and only mystery novel. Digest-size pictorial, stiff wrappers with a small, old and faint water stain to the margin at the bottom page edges, else a very good copy in dust jacket with light wear to the spine ends, corners and extremities. Professor Finley was found murdered in his office while the rest of the faculty were gathering for commencement exercises. Shortly after the good professor was found murdered two more of his colleagues were also murdered. The detective suspected that he knew why the three were murdered but important questions surfaced, such as why did Finley's estranged son arrive on the very afternoon his father was killed? Also who stole the mummy from Finley's museum, and why? And why were racketeers jittery over the archaeologist's murder? A fast paced story of a campus murder.