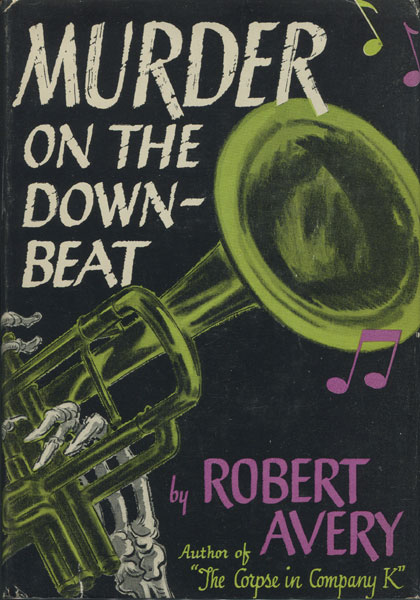 Murder On The Downbeat

Other works by ROBERT AVERY

First edition. Former owner's bookplate to front pastedown sheet else fine in dust jacket with light wear to the spine ends and extremities, and a faint small crease to top edge of the rear panel. The milieux of Robert Avery's Murder on the Downbeat are the swing clubs in midtown Manhattan and the after-hours joints in Harlem. Recording company scout and jazz columnist Malachy Bliss assumes the role of amateur detective when first one and then another jazz musician is murdered and his girlfriend is jailed as a suspect. Although this book moves breezily along after the fashion of Dashiell Hammett's Thin Man series, it nevertheless carries a modest but meaningful racial subtext in its portrayal of Harlem as a place where musicians, both black and white, can go after work "to play honest, uninhibited jazz with the best musicians in the world" (Rife, David. Jazz Fiction: A History and Comprehensive Reader's Guide, p.43). A scarce title from this Arcadia House imprint.

The D. A. Draws A Circle
ERLE STANLEY GARDNER

Track Of The Cat.
NEVADA BARR