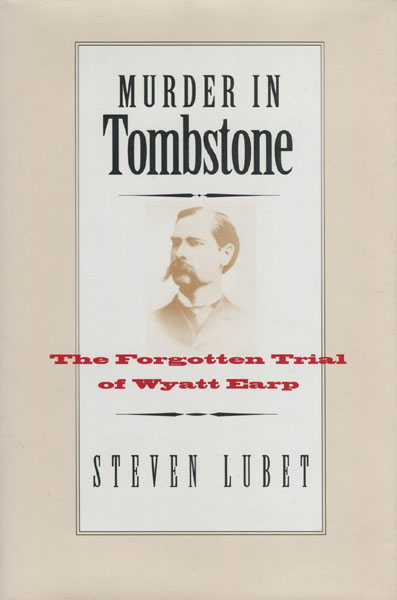 Murder In Tombstone. The Forgotten Trial Of Wyatt Earp.

First edition. 8vo. Red boards, viii [2], 253 pp., illustrated from photographs, notes, bibliography, acknowledgments, index. This book tells the little-known story of the prosecution of Wyatt Earp, his brothers, and Doc Holliday, following the famous gunfight at the O.K. Corral. At the time of the gunfight, Wyatt Earp was not universally acclaimed as a hero, and there were many people in Tombstone who knew him best, that considered him a renegade and a murderer. While Wyatt and his brothers were found to be "not guilty" the verdict could just as easily have gone the other way, and Wyatt would have been hanged or imprisoned, not celebrated as an American icon. Fine in fine dust jacket.