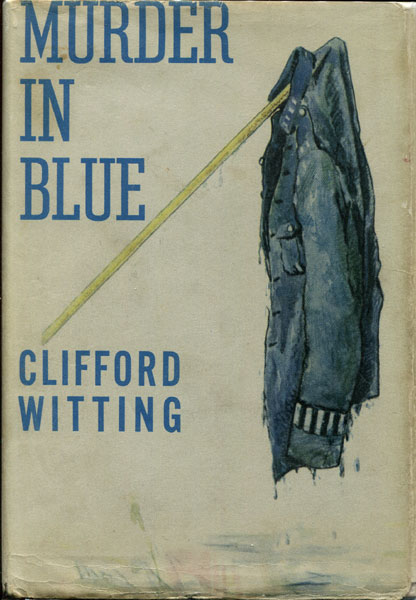 First U. S. edition. Author's first book. Two light spots on the spine else a fine, bright, fresh copy in dust jacket with light wear to the spine ends and corners and lightly wrinkled at the bottom edges of the front and rear panel. The proprietor of an English country book store starts out for a stroll one evening and runs into murder. Not only is he accused of murdering the local constable, but also barely escaped being killed by the real murderer. His assistant, a member of the bookshop and a collector of mystery stories, work together to bring the murder to justice. Contrary to Scribner's practice that began in 1930, this first printing does not have the "A" on the copyright page. The U. K. edition is considered to be rare, but this U. S. edition is every bit as rare, which in our experience is very rare indeed. An interesting bibliographical note is that on the rear flap fold is an advertisement for S. S. Van Dine's The Powwow Murder Case. This advertisement does not appear on the U. K. edition with the same title. The Powwow Murder Case was published in 1938, by Charles Scribner's Sons and only one copy is known to have been produced. That copy contains only four pages of text and should be considered to be "exceedingly rare" today.

Echoes Of Celandine.
by Derek. Marlowe

The Judas Pair.
by Jonathan. Gash

No Pockets In A Shroud
by Horace Mccoy