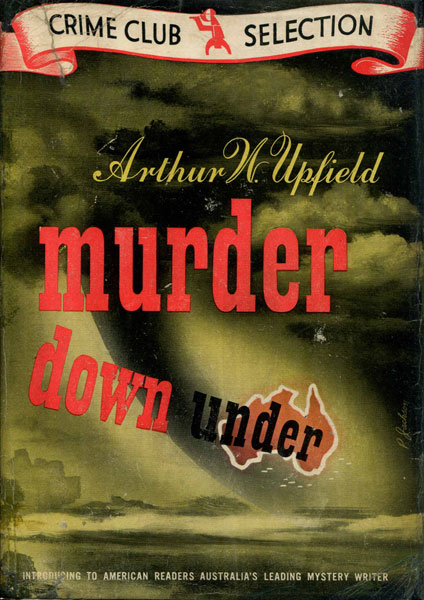 Other works by ARTHUR W. UPFIELD

First U. S. edition. Originally published in Australia in 1937, using the title MR. JELLY'S BUSINESS. Near fine, tight copy in a bright, near fine dust jacket with some restoration to the extremities. This is the title in which Upfield and Inspector Napoleon "Bony" Bonaparte were introduced to the American reading public. "Bony" goes to Western Australia to search for George Loftus, whose car was found wrecked near the longest fence in the world, the 1,500-mile-long Rabbit Fence. After making several inquiries about the missing man, he meets Mr. Jelly, whose mysterious business caused his two charming daughters great anxiety. It was the double question of George Loftus' disappearance and Mr. Jelly's business which kept Bony on the job until the two problems were solved at the same time. Crime Club title.

The Case Of The Musical Cow
ERLE STANLEY GARDNER