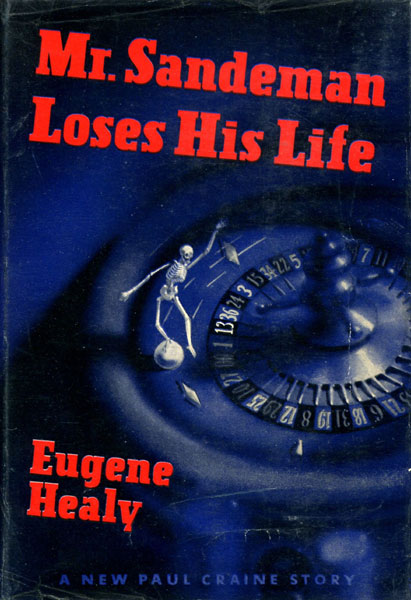 First edition. Former owner's small stamp on front pastedown sheet, else very good tight copy in lightly rubbed dust jacket with light wear to the extremities. In the second of two books we find Paul Craine trying to find the murderer of Mr. Sandeman, with almost no clues to the killer's identity. He plunges into the case, managing to find certain clues that me one thing to the police and quite another to Paul. His hunches lead him to a tenement-flat door, which on the other side lies a man who bubbles horribly when he breathes. Paul is not quite as close to the murderer as the police are to him!

Haze Of Evil.
by Kenneth. Lowe

The Brighton Rock Picturebook. The Making Of The …
by Marie. Mcqueeny

Enemies At Home
by Lindsey Davis

The Kiss Of Death.
by Eleazar. Lipsky