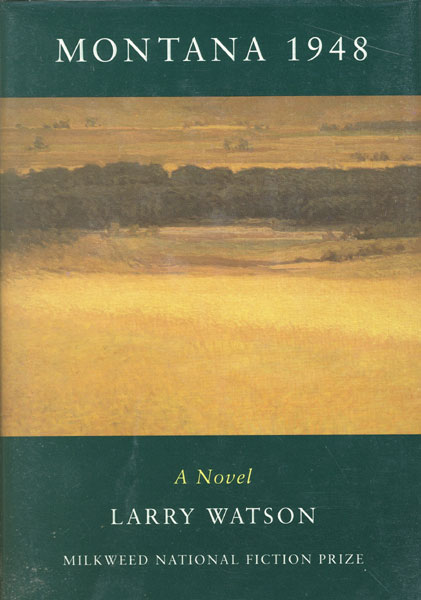 [Minneapolis]: Milkweed Editions, [1993]. First edition. Signed. Fine in dust jacket. Winner of the Milkweed National Fiction Prize. Afterword by David Huddle. Fine in dust jacket. It is 1948 in Montana. David Hayden's father, Wesley, is the town's sheriff; Wesley's older brother, Frank, is a war hero and the respected town's doctor. When Marie, the Sioux woman who works for the Haydens, becomes ill, she adamantly refuses to be examined by Frank, revealing that Frank has been molesting the Indian women in his care. Wesley's dilema --- should he arrest his own brother? -- is intensified when Marie is found dead, and young David confesses that he saw his uncle near the house before she died. A brilliant and moving tale that teaches that sometimes you must choose between family loyalty and justice. Highly recommended!

The Ghost Manuscript
by Kris Frieswick

Salt Warriors. Insurgency On The Rio Grande
by Paul Cool