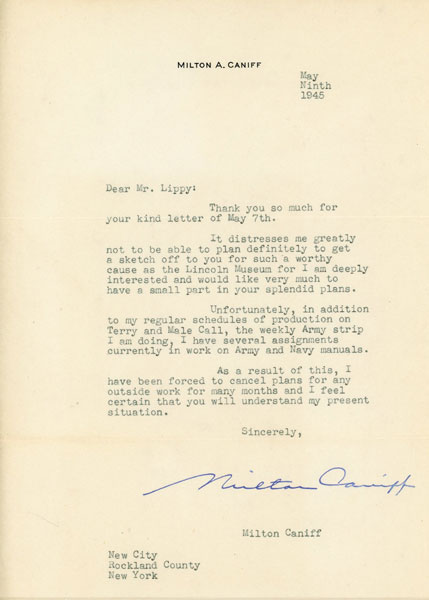 Letter containing four typed paragraphs and 125 words on Milton A. Caniff's personal stationary. Also included is the envelope to the recipient which includes a three cent first class postage stamp. In the typed text of the letter, Caniff explains that he cannot provide a sketch for the Lincoln Museum, because of his work commitments on Terry and Male Call, the weekly Army strip, plus several assignments currently in work on Army and Navy manuals. He signs the letter in ink as "Milton Caniff." Caniff produced the cartoon strip Terry and the Pirates for many years. Letter and envelope are in fine condition.

The Saga Of John Fillmore Blake. The Last …
TOBY GIESE