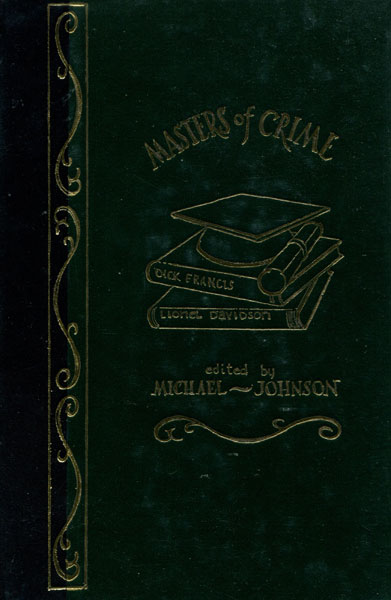 First edition. One of 52 lettered deluxe copies signed by Lionel Davidson, Dick Francis and all contributors which include Len Deighton, Michael Hartland, Michael Johnson, H.R.F. Keating, and artist, John Cook. Very fine leather bound copies with raised bands, gold stamping on the spine and in transparent dust jacket. Foreword by Len Deighton. Numerous pen and ink illustrations throughout the text. Authorized critical profiles and annotated bibliographies from these contributors about the work of Lionel Davidson and Dick Francis. Lionel Davidson is interviewed by Michael Hartland while H.R.F. Keating pays tribute to Dick Francis. Each is followed by a short annotated bibliography by Michael Johnson. This is the first book in the Masters of Crime series.

The Last Of The Old West.
by George. Mecklenburg

Ian Fleming. The Spy Who Came In With …
by Henry A. Zeiger