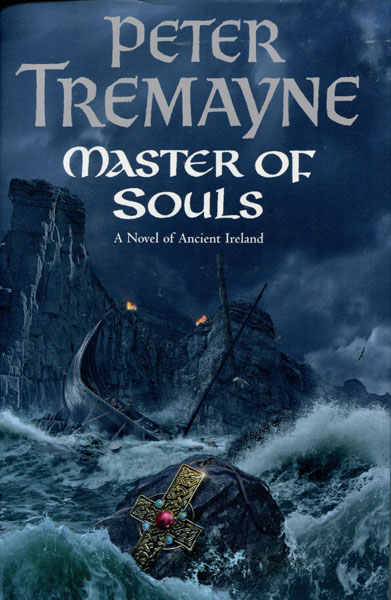 Other works by PETER TREMAYNE

First edition. 8vo. Fine in fine dust jacket. On a storm-driven night, a merchant ship is deliberately wrecked onto a rocky shore on the southwest Irish coast. Abbess Faife, along with six religious women on a pilgrimage, is found murdered and her companions are missing. Then an ageing scholar is murdered in the Abbey of Ard Fhearta. Do these events have a connection? Sister Fidelma and her companion, Brother Eadulf, are asked to examine the mystery. But the abbey stands in the territory of the Ui Fidgente, blood enemies of Fidelma and her brother, the King of Cashel. Many dangers threaten Fidelma and Eadulf from the time of their arrival at the abbey gates.