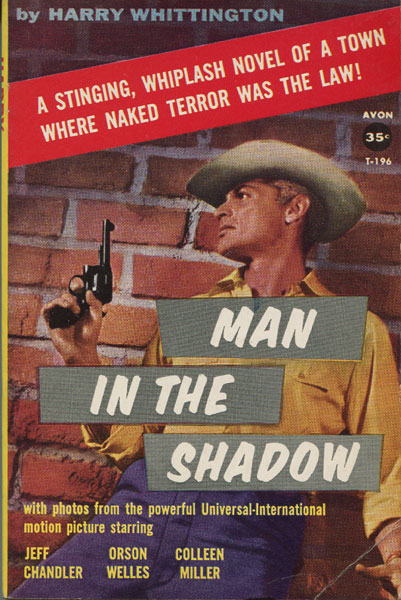 Man In The Shadow.

First edition. PBO. T-196. Near fine in pictorial wrappers. Illustrated with photos from the powerful Universal-International motion picture starring Jeff Chandler, Orson Wells, and Colleen Miller. One night, two gunmen force a Mexican boy to his knees in a deserted tool shed. One man lifts a heavy pick handle from the wall while the young boy pleads ... but the club falls. That is the way Virgil Renchler ruled Bingham County ... Virgil was the law and his hired thugs were judge and jury ..... until Ben Sadler became sheriff! Sharp copy.

The Case Of The Mischievous Doll
by Erle Stanley Gardner

Ghost Riders In The Sky. The Life Of …
by Michael K. Ward