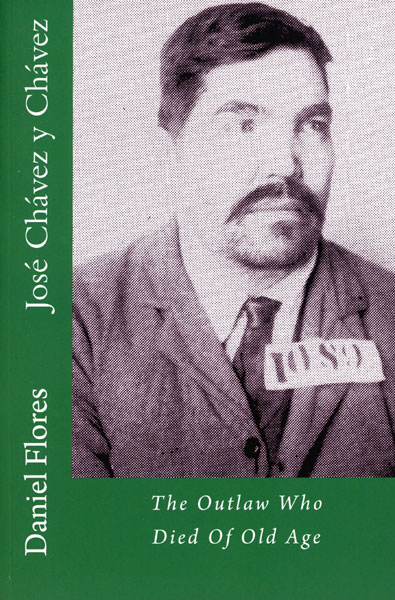 Other works by DANIEL B. FLORES

First edition. 8vo. Signed by the author on the title page.141 pp., introduction, illustrated from photographs, portraits, chronology, acknowledgement, about the author. A biography of Jose Chavez Y Chavez who was a contemporary of Billy the Kid and Vincente Silva and was known to lawman Pat Garrett and Elfago Baca. He was born in Cebolleta, Valencia County, New Mexico in 1851, and was active in both the Pecos River and Rio Grande areas. His haunts ranged from Lincoln to Las Vegas, and he had the distinction of having ridden with two notorious outlaw gangs in New Mexico; first riding with Billy the Kid and his friends as a Regulator and later being a part of Vicente Silva gang of Forty Thieves. As new, unread copy.

The End Of The Cattle Trail.
J.L. HILL