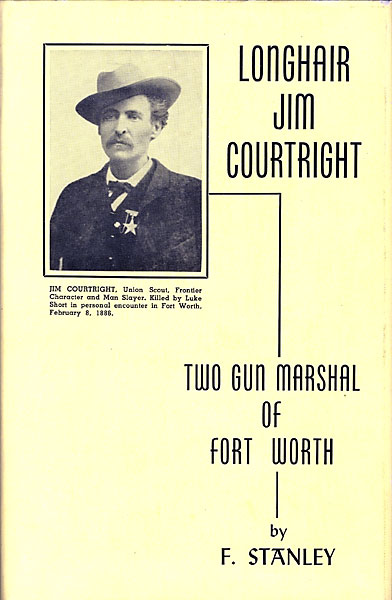 First edition. Ltd to 500 signed copies. Cloth, 234pp., num. illus. Courtright served in the Civil War and afterward scouted for the Army in Texas, New Mexico, and Arizona. In 1876 he became City Marshall of Fort Worth, a notoriously tough frontier town. He led a posse in pursuit of Sam Bass, but was unsuccessful. Courtright was killed in Fort Worth in 1887 by Luke Short. A well-written biography. Near fine in dust jacket. Laid in is a holograph letter from Father Stanley mailed from Rotan, Texas on December 31, 1956, to a Mr. Rose advising him about some of his publications. SIX GUNS 2104.

The West. As Portrayed By Western Artist Joe …
by Joe Rodriguez

Riata And Spurs. The Story Of A Lifetime …
by Charles A. Siringo