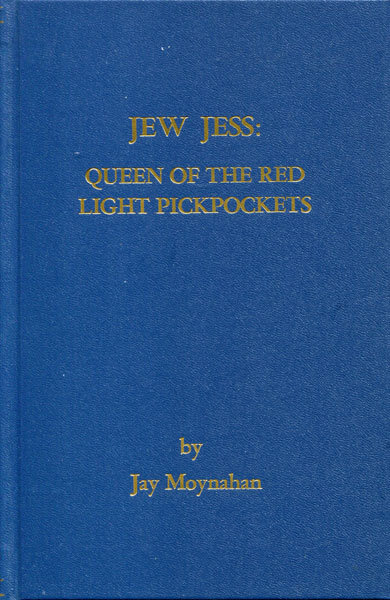 First edition. 8vo. Signed by the author. Limited to 465 numbered and signed copies. Blue cloth, 130 pp., acknowledgments, introduction, illustrated from photographs, bibliography. Jew Jess was a very colorful prostitute and world class pickpocket who worked in the late 19th and early 20th centuries. Although she practiced her dual trades in many old west towns she always returned to Butte’s red light district, which she considered her home. She worked under at least 12 aliases, preferring that of Jew Jess. Jess was a master at evading detection and arrest. If arrested she was rarely found guilty of the charges. She was so familiar with the law that on occasion she would successfully serve as her own attorney. Although not much has been written about her, research indicates that what has been written, has been laced with much misinformation. This publication uses many sources in putting her story together. Jew Jess was truly a notorious old west character. As new, without dust jacket as issued.

The Lady Of The Rose. The Story Of …
DOROTHY DEVERE