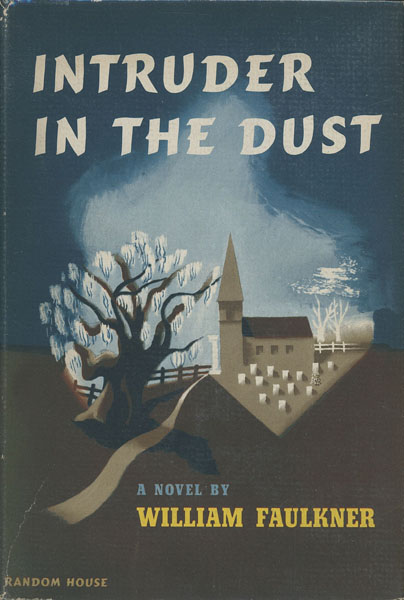 Intruder In The Dust.

Other works by WILLIAM FAULKNER

First edition. Minor creases to the fore-edges of the first two and last two pages of the book and gilt lettering on the spine has started to chip, else a near fine crisp copy in a bright dust jacket with trivial wear to the spine ends and corners. A Haycraft / Queen Cornerstone mystery title and an attractive copy. Basis for the 1949 film of the same name that starred David Brian, Claude Jarman, Jr.,, Juano Hernandez, and Elizabeth Patterson. In 1940s Mississippi, two teenage boys and an elderly woman combine forces to prevent a miscarriage of justice and clear a black man of a murder charge.