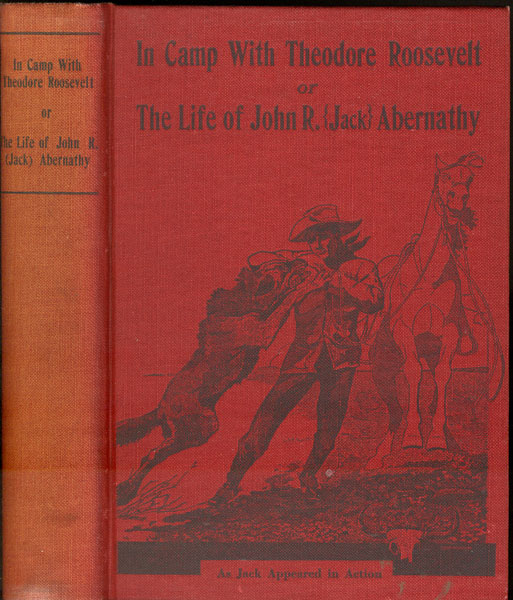 In Camp With Theodore Roosevelt Or The Life Of John R. (Jack) Abernath

First edition. 8vo. Decorated red cloth, 279 pp., frontispiece, introductory, illustrated, plates, portraits, addenda. Abernathy was an unusual man who was born in Bosque County, Texas, and among other things was known to capture wolves with his bare hands. He accompanied Roosevelt on his Oklahoma wolf hunt and was befriended by Theodore Roosevelt. Six Guns 4 says, "The author tells of some of his experiences as a deputy sheriff in Oklahoma and his captures of some of its outlaws. He tells of his efforts in helping capture Jim Miller, the noted killer, after which Miller was mobbed and lynched." Information on Charles Goodnight, cattle ranches, outlaws, Frank James, Chris Madsen, and much more. Laid-in is an errata slip and a two-page promotional sheet from the publisher. Fine, bright, clean copy.

Law On A Wild Frontier. Four Sheriffs Of …
by Jeff Dykes

Life In The Mines; Or, Crime Avenged. Including …
by Charles Simpson