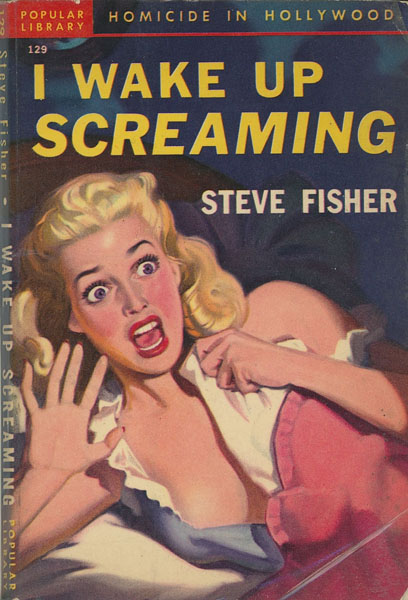 I Wake Up Screaming

Other works by STEVE FISHER

First Paperback edition. Delamination to the lower front corner and a trifle cocked, else a lovely bright copy of a noir classic. Young promoter Frankie Christopher is accused of the murder of Vicky Lynn, a young actress he "discovered" as a waitress while out with ex-actor Robin Ray and gossip columnist Larry Evans. Police officer Cornell knows that Frankie is innocent but because the evidence is completely incriminating, he tries to put the suspect behind bars anyway. Frankie escapes and eventually finds the murderer's true identity. Very scarce.