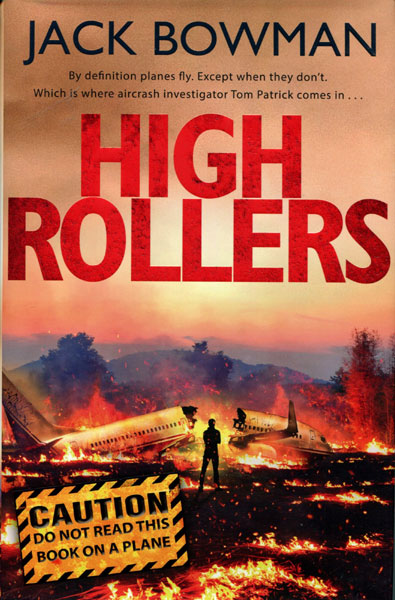 First edition. Signed and dated by the author. Fine in dust jacket. When the engine of a 737 tears itself apart at Los Angeles Airport, Tom Patrick is in the wrong place at the wrong time - playing poker at a nearby casino. He's been losing at cards and probing pipeline leaks ever since his big mouth led to his fall from grace as the National Transportation Safety Board's top air-crash investigator. Now he can't wait to come in from the cold. Sidelined by the official investigation, Tom starts to dig anyway. And when another 737 crashes for what looks like similar reasons, it's clear that something could be terribly wrong with the world's most popular passenger jet.

The Money Harvest.
by Ross. Thomas