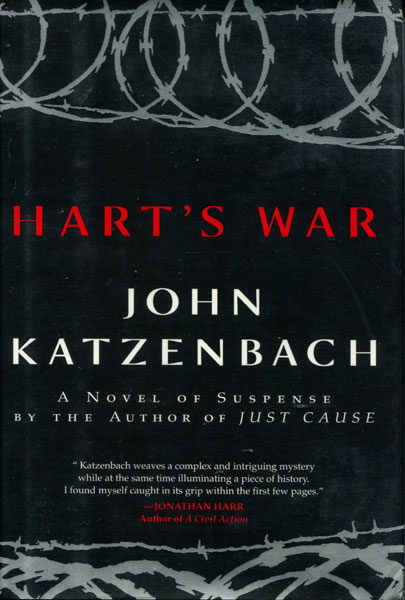 First edition. Fine in dust jacket. In 1942, when 2nd Lieutenant Tommy Hart's B-25 is shot down, he is taken prison and is housed in Stalag Luft 13. Also imprisoned is Capt. Vincent Bedford, aka "Trader Vic," a Mississippi-born wheeler-dealer who will barter anything to friend or enemy alike. When African-American 1st Lt. Lincoln Scott arrives in the camp, he quickly becomes the target of racial hatred by Bedford. When Bedford is found in the latrine with his throat cut, a trial is conducted by the imprisoned airmen to determine who is the murderer, and Hart is appointed to defend the obvious suspect ... Lieutenant Scott. Movie by the same name starring Bruce Willis and Colin Farrell in 2002.

Death In A White Tie.
by Ngaio. Marsh

The Undertaking
by Audrey Magee