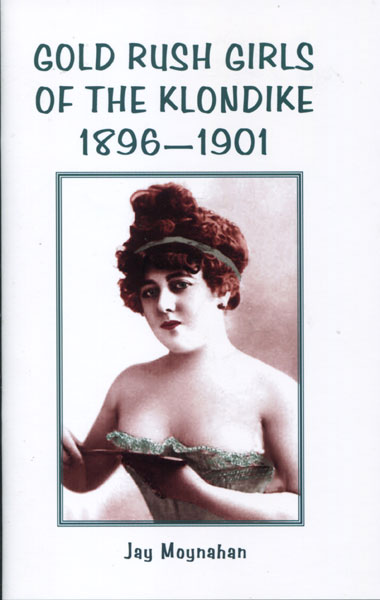 First edition. 8vo. Signed by the compiler. Pictorial stiff wrappers, 64 pp., acknowledgments, introduction, illustrated from photographs. 1896-1901There was a fabulous gold strike in the Klondike at the end of the nineteenth century. Men came from all over to seek their fortune in this little-known area. In addition to the men coming to the strike, there was a special breed of women who came in search of fortune. They were the gold rush girls, who dispensed their favors upon the men of the gold rush. One of the better-known women was called The Oregon Mare. It was said she whinnied while dancing, as well as during other forms of recreation. The near-famous Doll of Dawson was in and out of court for a variety of reasons. She lost a case involving an $18 laundry bill but she made the judge blush during the proceedings. Then there was the sidewalk altercation between Nellie the Pig and the Petite Sisters Pickering, which resulted in collateral damage. Meet these and other women who lived in the Klondike during its most memorable years, 1896-1901. As new.

Robbing Banks Was My Business. The Story Of …
by J. Evetts. Haley