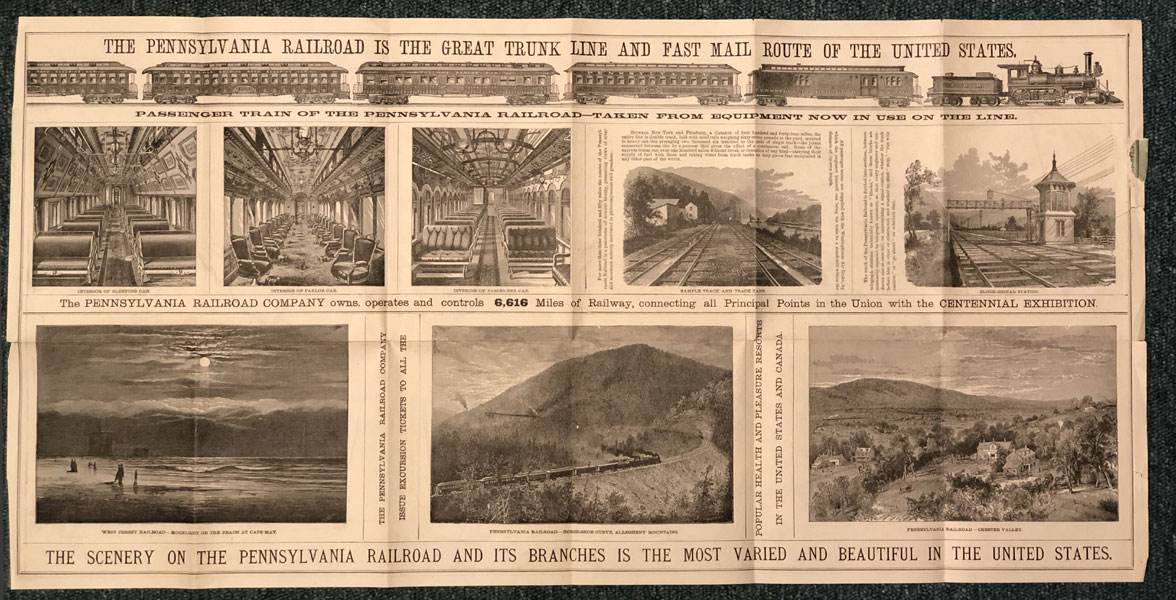 General Map Of The Pennsylvania Railroad And Its Connections

14" x 28" one sheet, folds to 8" x 5." One side is a color map of most of the United States roughly bounded by Oregon, southern Maine, California and northern Florida. Inset color map titled "Round The World Across The American Continent, Via The Pennsylvania Railroad." The inset map is of Asia, Australia, North and South America, Europe and Africa. The other side has woodcut engravings of passenger trains, interior views of sleeping car, parlor car, and passenger car, plus track location and a block-signal station. Also states that the railroad controls 6,616 miles of railway, connecting all principal points in the Union with the Centennial Exhibition. This map lacks the original covers which were titled "Pennsylvania Railroad Centennial Exhibition and The Pennsylvania Railroad," plus a small closed tear to fore-edge and light wear to all extremities, else very good copy of a scarce item of railroad history.

Ben Johnson, The Man Behind The Movie Glitz
by Sam Negri

The Hashknife. The Early Days Of The Aztecland …
by Robert H. Carlock