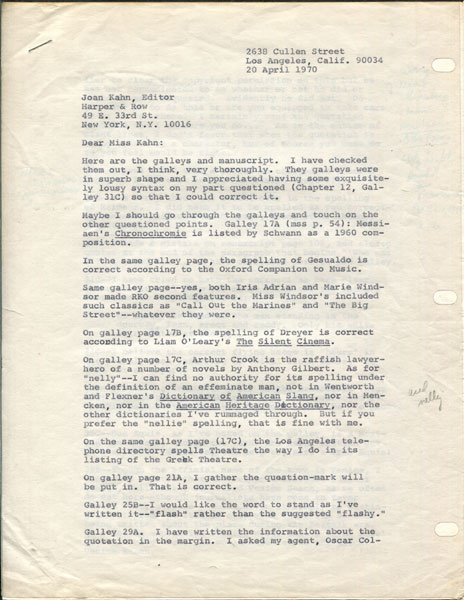 Four-Page Typed Letter Dated 20 April 1970, And Signed In Full By The Author

First edition. A significant letter addressed to Joan Kahn, the legendary editor at Harper, responding to issues in the galleys for his second novel, Fadeout. Closely typed corrections and emendations, illustrating the care both he and his editor are taking with producing his book. By the major openly gay crime writer of his generation and the creator of David Brandstetter, a hard-boiled private detective. Fine copy and quite informative.

The Serpent.
by David. Wiltse

Dead In The Dark
by Stephen Booth