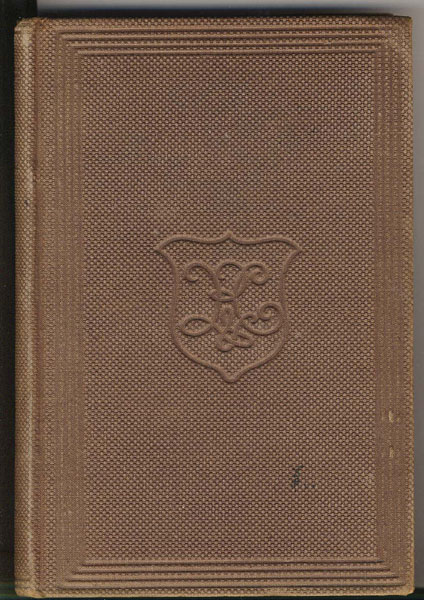 "Following The Drum:" A Glimpse Of Frontier Life.

First edition, first issue. 8vo. Cloth, green front and rear endpapers, titles stamped in gold gilt on the spine, 256 pp. [1], plus 11 pp. of advertisements. According to Rader 3536, the writer's husband was a lieutenant in the 1st U.S. infantry at the time, and stationed on the Texas frontier. The author describes her first impressions of Texas, including Galveston, Fort Brown, the Rio Bravo Del Norte, Ringgold Barracks, Davis's Ranche [also known as Rio Grande City], military camp life, her lasting impressions of Texas, etc. Howes V 92 says, "Experiences of an officer's wife at frontier posts in Texas." The author's husband eventually became Brigadier General Egbert L. Viele. Wagner-Camp 312A:1 "Describes her year's stay at Ringgold Barracks in Texas." Raines p. 209 "Incidents of army life on the Rio Grande." Hanna Yale Exhibit: "As a bride she went with her soldier husband to Texas, when the Mexican War was not long over... Effervescence does not keep her account of life there from being a very informative one." Former owner's penciled name dated 1858, on the front fly leaf and a small spot on the rear cover, else a fine copy.

Firearms Of The Texas Rangers. From The Frontier …
by Doug Dukes