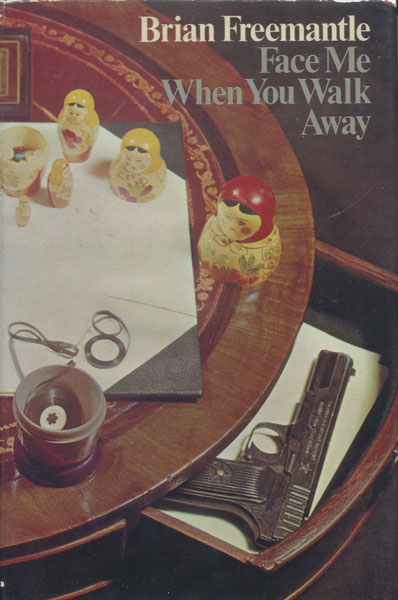 Face Me When You Walk Away.

First edition. Author's second book. Fine in dust jacket with light wear to the extremities. A man imprisoned for seven years for alleged "anti-Soviet activities," is set free. He's free to be a man of authority and span the two worlds of East and West, largely because of his fluency in five languages and a flair for fixing matters too delicate for direct government involvement. For on this year's Nobel Prize short list are a Russian novelist, an American and a Chinese. He is charged with guarding, politically and emotionally, the young writer and former peasant Nikolai, now Russia's hottest property, allowed for the first time to visit the West. As he picks his way through various political minefields both in Moscow and on tour, he wheels and deals with literary agents and film producers, and knows that failure for Nikolai means death for him. Who will win the competition?

The Case Of The Buried Clock
by Erle Stanley Gardner

The Incident.
by Michael. Avallone