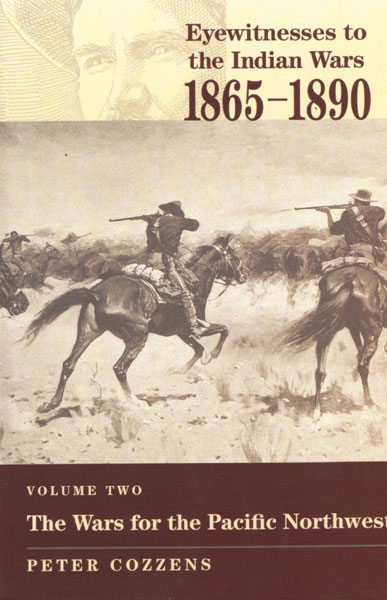 Eyewitnesses To The Indian Wars, 1865-1890. Volume Two: The Wars For The Pacific Northwest

First edition. 8vo. Brown cloth, titles in gold on spine and front cover, maps on endpapers, xiv, 770 pp., preface, acknowledgments, illustrated, portraits, maps, notes, index. Cozzens has carefully selected accounts of the five major wars in the Pacific Northwest from 19th-century periodicals and newspapers that are not widely held and from some manuscript collections, and has placed them so that they provide an overview of each of the wars from cause to conclusion. Articles provide conflicting views, such as Chief Joseph's and Oliver O. Howard's accounts of the Nez Perc‚ Campaign of 1877, are placed together. Fine in dust jacket.

Fifty Years Of A Frontier Parish. A History …
by Rev. Lloyd B. Thomas

The Marquis De Mores. Emperor Of The Badlands. …
by Donald Dresden