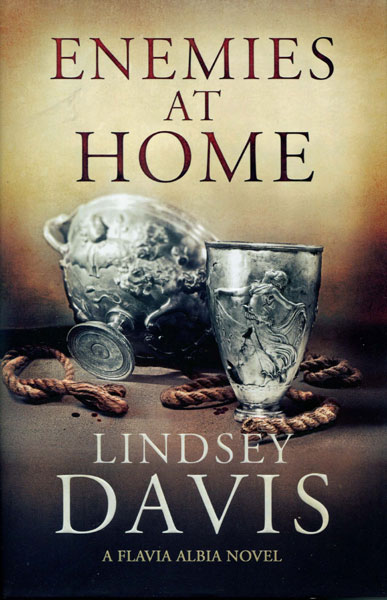 Other works by LINDSEY DAVIS

First edition. Signed by the author. Fine in dust jacket. This is the second novel in the new series set in Ancient Rome. We first met Flavia Albia, Falco's feisty adopted daughter, in The Ides of April. Albia is a remarkable woman in what is very much a man's world: young, widowed and fiercely independent, she lives alone on the Aventine Hill in Rome and makes a good living as a hired investigator. An outsider in more ways than one, Albia has unique insight into life in ancient Rome, and she puts it to good use going places no man could go, and asking questions no man could ask. Even as the dust settles from her last case, Albia finds herself once again drawn into a web of lies an intrigue. A mysterious death at a local villa appears to be murder and, as the household slaves are implicated, Albia is once again forced to involve herself. Her fight is not just for truth and justice, however; this time, she's also battling for the very lives of people who can't fight for themselves.

The Hydra Monster. The Story Of The Phantom.
LEE FALK

The Life And Crimes Of Perry Mallon.
PETER BRAND

People Who Knock On The Door.
PATRICIA HIGHSMITH