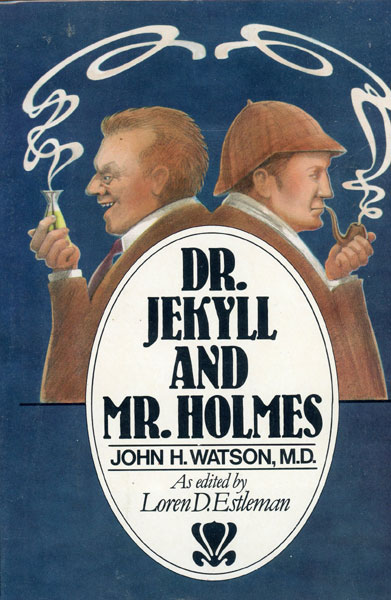 by Loren D. (Edited By). Estleman

First edition. Fine in dust jacket. Robert Louis Stevenson meets Sherlock Holmes in a Dr. Watson manuscript found by a G. I. in a bombed-out chateau near Toulouse, France during World War II. It was not until the Queen herself requested it, however, that Holmes was officially on the case of the savage murder of Sir Danvers Carew -- the blackest mystery of his career! Although Robert Louis Stevenson published his tale of Jekyll and Hyde as fiction, the hideous facts were true, insofar as Stevenson knew them. Here, then, is the entire firsthand account of that devilish crime as recorded by Dr. Watson, with an explanation of why Holmes's personal involvement had to be kept secret -- until now....

Wilderness.
by Robert B. Parker

The Luxembourg Run.
by Stanley. Ellin

Girl In A Big Brass Bed.
by Peter. Rabe