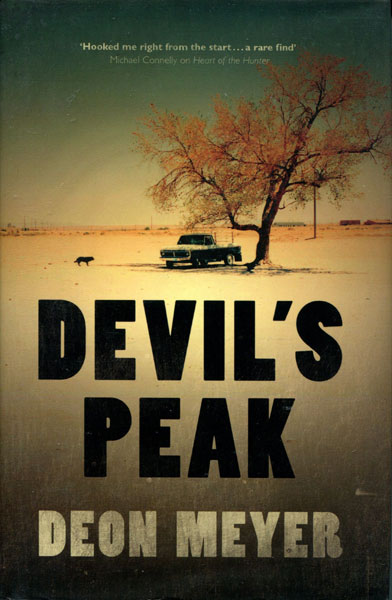 First edition. Signed. Fine in fine dust jacket. Benny Griessel may be losing his battle with alcohol but he still knows enough to head up the police team tracking 'Artemis', a vigilante killer who targets child murderers. The killer is in fact Thobela Mpayipheli, a former freedom fighter robbed of everything by the murder of his son. And when Griessel's daughter is kidnapped, his world and Thobela's converge towards a devastating climax. A brilliantly suspenseful novel, and a searing portrait of modern South Africa, in which sometimes only hope and humanity can fight the cruellest crimes.

The Man In The Red Hat
by Richard Keverne

The Serpent Papers
by Jessica Cornwell

In The Company Of Cowboys
by Howard E Greager

The Lovers.
by John. Connolly