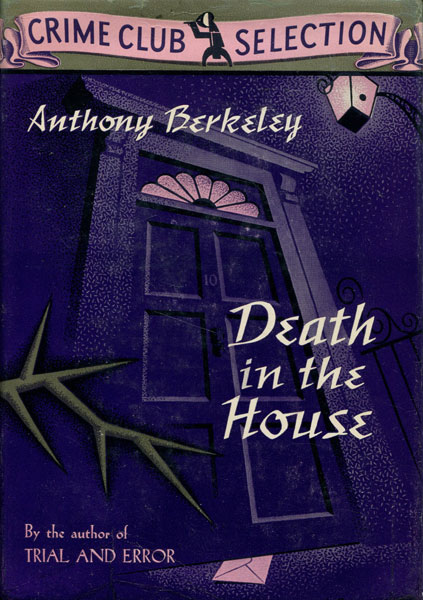 Death In The House

First U. S. edition. Pseudonym of Anthony Berkeley Cox. Fine clean, tight copy in a bright, completely unfaded dust jacket with light restoration to the spine ends and corners. The "house" in the title refers to the English House of Parliament. A murder of a British politician on the floor of the House of Commons while in the process of introducing a bill of vital importance to the British Empire. He had received a threatening letter informing him that he would be killed if he tried to introduce the bill, but he considered the letter was sent by a crank ...... he was wrong. Crime Club mystery novel.

The Red Triangle, Being Some Further Chronicles Of …
by Arthur Morrison

The Sandman.
by Miles. Gibson