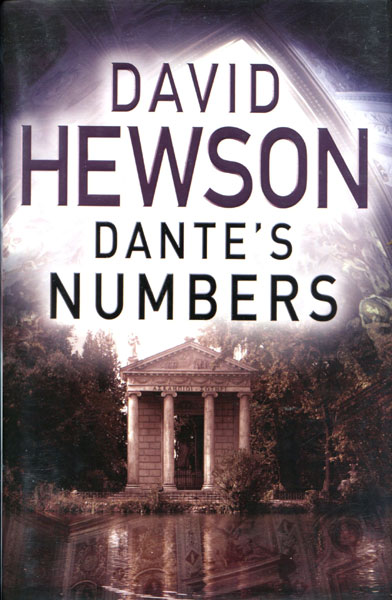 First edition. Fine in dust jacket. Allan Prime's eyes were as large as any man's Peroni had ever seen. He looked ready to die of fright, even before the blood-soaked spear reached his head. The death mask of the poet Dante is to be exhibited at the premiere of a controversial film, "Inferno", based on his epic work. At the grand unveiling, this priceless artefact is replaced by a macabre death mask of the film's star, Allan Prime. Minutes later, the leading actress, Maggie Flavier, is threatened before her attacker is shot. After footage of Prime's murder is shown on the internet, the Carabinieri are determined to take over the investigation, certain that a crazed Dante fan is behind the killing. Nic Costa and his team follow the movie to its next showing in San Francisco, to safeguard the remaining items and hoping to recover the stolen death mask. However, in California the mystery deepens, with confusing new clues about the deaths in Rome. With the Carabinieri and local authorities distracted by false leads, can Costa protect Maggie, find the truth and stop the killer - all before life imitates art?

This Gun For Hire
by Graham Greene

The Slip-Carriage Mystery.
by Lynn. Brock

The Glass Wall.
by Clare. Curzon