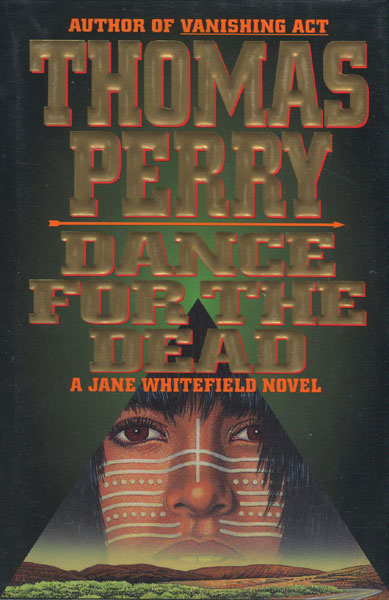 Dance For The Dead.

First edition. Signed by the author. Fine, unread copy in dust jacket. The second Jane Whitefield novel. Jane Whitefield, an expert at helping people in danger disappear, has two seemingly unrelated cases ... Timmy Decker and Mary Perkins. Timmy, an eight-year-old who learns after his parents are murdered that they weren't really his parents, but instead the couple had kidnapped him years earlier. An investigation further reveals that young Timmy is the heir to millions of dollars. Jane is hired to keep Timmy alive as the boy has become the target of strangers fighting for control of his trust fund. These same professional killers are also after Mary Perkins who had served time for defrauding savings and loan companies during the eighties. Now she too enlists the help of Jane ... she is on the run from killers who are after the money they think she has. How are these two cases related?????

Your Day In The Barrel.
by Alan Furst

A Swell Style Of Murder
by Rosemarie Santini