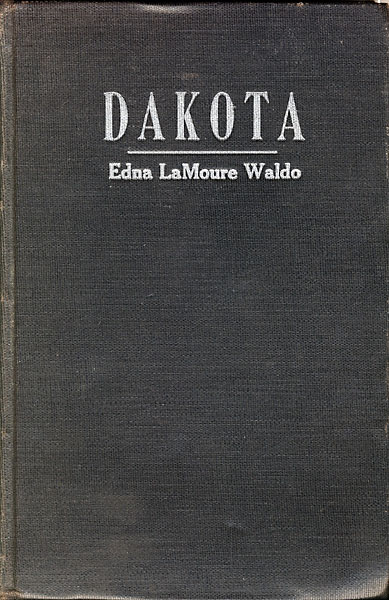 First edition. 8vo. Black cloth, silver stamping on front cover and spine, [16], 297 [3] pp., acknowledgment, foreword, untrimmed, bibliography. Much of interest involving the development of the Territory into eventual statehood. A fairly good summary of the battle and Indian casualties at Little Big Horn, plus other comments about conditions during this time period and Custer's activities at Fort Lincoln. Jennewein 195 says, "A chapter on the Black Hills with details on the Ross party which entered the Hills from Bismarck in the early spring of 1875." Six Guns 2279 says, "Contains some material on Calamity Jane and tells the story of Wild Bill Hickok's murder and the hanging of Jack McCall." A non authorial presentation inscription on front fly leaf, else a very good, tight copy of a scarce book. SIX GUNS 2279. JENNEWEIN 195. LUTHER 150.

Beads And Beadwork Of The American Indians. A …
WILLIAM C. ORCHARD

Report Of The Commissioners And Evidence Taken By …
C. W. KENDALL