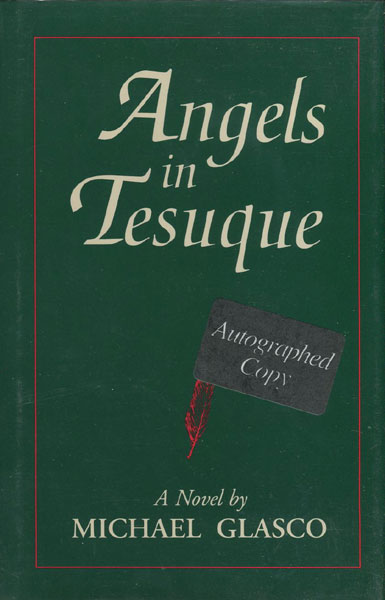 Other works by MICHAEL GLASCO

First edition. 8vo. Author's first book. Signed. Fine in dust jacket. As a boy, half-Anglo/half-Indian Ben Touchstone is startled by an electrifying apparition in a mysterious chapel. Over the years, as he moves between the poverty of Tesuque Pueblo and the affluent societies of Santa Fe and Dallas, he is faced with the moral choices presented by those who are drawn to him. Finally in an exciting conclusion, Ben understands the meaning of the haunting promise made in the chapel thirty years earlier.

The Outlaws Of Ennor.
MICHAEL JECKS

The Book Of Mirrors
E.O. CHIROVICI