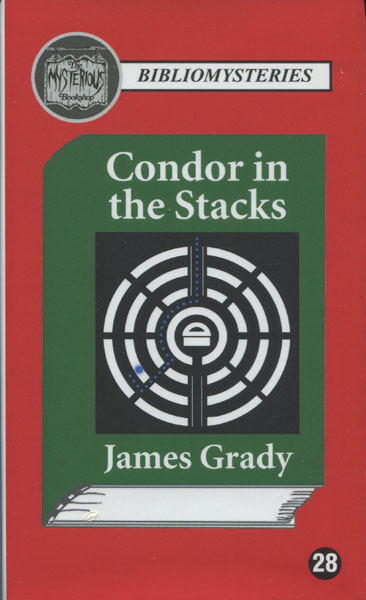 Condor In The Stacks

Other works by JAMES GRADY

First edition. Limited edition of 100 copies issued in cloth, numbered and signed by the author. Fine in dust jacket. "Vin, a name of convenience for the agent known as Condor, has been released from psychiatric care and is back to work. The only problem is work is now the mundane job of sorting through books meant for the incinerator instead of the high-adrenaline rush of being a covert spy for the CIA. Struggling to separate hallucinations from reality, Condor attempts to immerse himself in his work, but his acute sense of danger soon overwhelms him. While wandering the labyrinth of the Library of Congress’s subterranean tunnels he encounters a damsel in distress. Someone is following her, and Condor can’t resist the lure of covert ops, placing his own life in jeopardy." Book 28 in the Bibliomystery series published by The Mysterious Bookshop.

The Will James Books - A Descriptive Bibliography …
DON FRAZIER