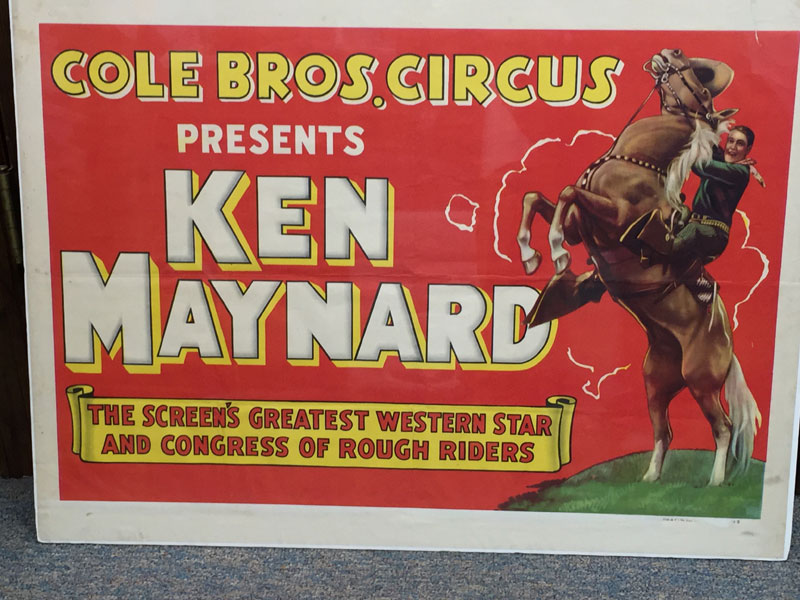 Sheet measures 21" x 28" and his backed with a stiff foam composite. There is a small amount of paper removal at the lower boarder from where a pasted showdate was probably removed, and a small closed tear at top right, but generally quite attractive and suitable for framing. A dramatic showpiece from Maynard's touring days as a Western Rodeo Cowboy Star. He was also quite famous as a Western Movie Star and his movie career began in the silent films in 1923 and continued on into the talking movies until his last film in 1970. He appeared in more than 90 films. He died in 1973. Before the movies he was a trick rider with the Buffalo Bill Show and was discovered there by William Randolph Hearst. He's pictured here riding his famous horse, Tarzan.

A Voice For The Dead. A Forensic Investigator's …
JAMES E. WITH KATHERINE RAMSLAND STARRS

Letter From The Postmaster General, In Answer To …
W DENNISON