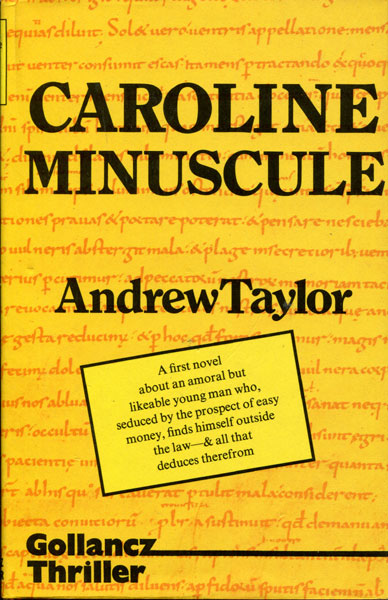 Other works by ANDREW TAYLOR

First edition. Author's first book. Fine in fine dust jacket. When graduate student William Dougal stumbles on the garroted corpse of his detested tutor, a lecturer at the university who is a noted authority on Caroline Minuscule, a medieval script, he doesn't call the police. Instead, he slips away. His actions don’t go undetected. Dougal and his girlfriend Amanda investigate the murder of and soon find themselves involved in a hunt for diamonds.