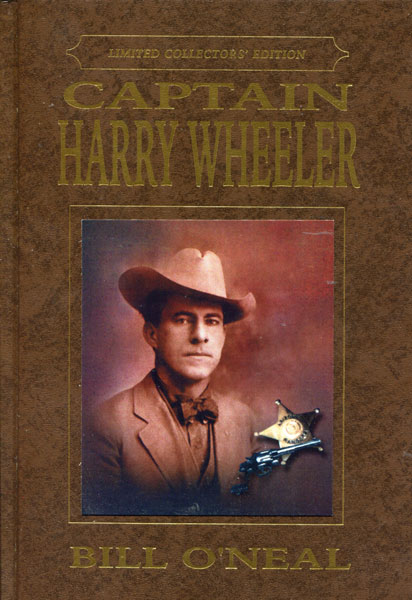 Other works by BILL O'NEAL

First edition. 8vo. Limited Collector's Edition. Limited to 100 numbered copies, signed by the author. Pictorial cloth, gold stamping on front cover and spine, introduction, illustrated, plates, maps, endnotes, bibliography, index. Harry Wheeler was one of the most dedicated, controversial, and lethal peace officers ever to serve Arizona. He was the only member of the Arizona Rangers to hold every rank in that notable company. He won election three times as sheriff of Cochise County; he also served on the Douglas police force and as a mounted customs officer. Wheeler was driven by a powerful sense of duty and an inner need for public service. An extraordinary marksman with pistol or rifle, he employed his skills with firearms on the side of law and order, wearing one badge after another throughout his career. He died in 1925 of natural causes. Fine without dust jacket, as issued.

Sharpe's Fury. Richard Sharpe And The Battle Of …
BERNARD CORNWELL