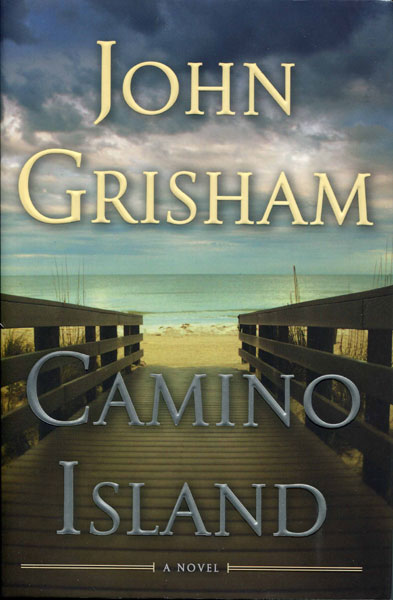 Other works by JOHN GRISHAM

First edition. Signed by the author on the half title page. As new, unread copy in dust jacket. A gang of thieves rob some priceless material insured for twenty-five million dollars from Princeton's University's Firestone Library. Bruce Cable owns a popular bookstore on Camino Island in Florida. He makes real money as a prominent dealer in rare books. Few people know that occasionally he dabbles in the black market of stolen books and manuscripts. A young novelist has recently been laid off from her teaching position and is approached by a mysterious woman who works for an even more mysterious company. She offers the young novelist a lot of money to go undercover and infiltrate Bruce Cable's circle of literary friends, ideally getting close enough to him to learn his secrets. Soon she learns too much about his operation and things begin to get dangerously uncomfortable for her.

To Catch A King.
HARRY PATTERSON