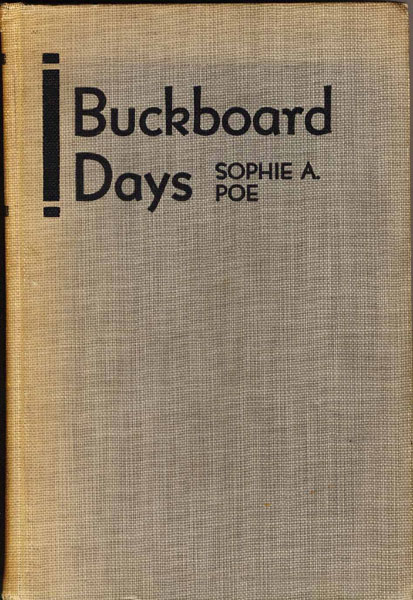 by Sophie A. Poe

First edition. 8vo. Edited by Eugene Cunningham. Inscribed "Yours truly, Sophie A. Poe, July 31 --47," on the half title page. Original cloth, black lettering on spine and front cover, grey endpapers, map on front and rear paste down sheets, 292 pp., frontispiece. [photograph], editor's foreword, preface, illustrated, notes, index. The life of John W. Poe one of the deputies under Pat Garrett at the time of the Lincoln County War and the killing of Billy the Kid. Eventually Poe became sheriff of Lincoln County as he succeeded Garrett. Poe joined Garrett as a detective for the cattle association and deputy to track down Billy the Kid at Fort Sumner, in fact he was at Fort Sumner on the night Garrett killed the Kid in Pete Maxwell's bedroom. Poe eventually retired to become a cattleman and rancher, and finally a banker. An envelope affixed to the rear pastedown sheet contains clippings with a bit of information about John and Sophie Poe. Bookplate of author and historian Robert N. Mullin on the front fly leaf. Mullin wrote quite a bit about the Lincoln County War of New Mexico. Spine sunned as is top one inch of front cover else a very good copy of an elusive title.

Tucson: The Building Of A Jewish Community.
by Dr. Benjamin N. Brook