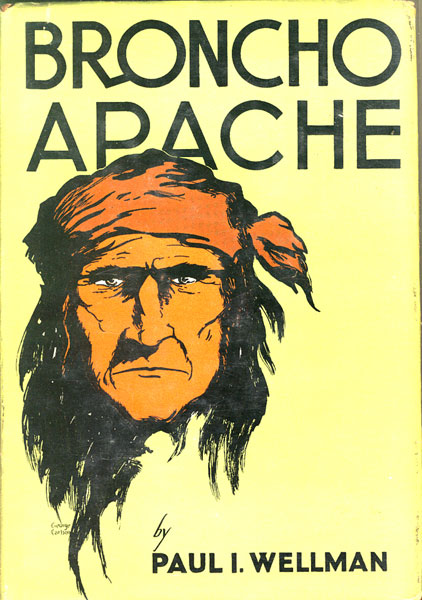 by Paul I. Wellman

First edition. 8vo. Author's first book. Laid-in to this copy is a 1943 TLS from Wellman to a newspaper editor in which he discusses his intentions for the book. "I wote that book virtually standing in the tracks of Massai ... My best hope for it is that it is a true portrayal of the thinking and living of a real Apache of the old days." Fine in lightly rubbed dust jacket with light wear to spine ends and to the extremities. The story of an Apache warrior under Geronimo, named Massai is being relocated to a prison in Florida. He escapes from the prison train somewhere in Missouri and makes his way back to Arizona, where he is betrayed by one of his people, recaptured and sent off to the Florida prison, where he kills his guards and escapes into the Sierras. This was portrayed very well in 1945 in a film directed by Robert Aldrich, and starred Burt Lancaster and Jean Peters with Charles Bronson and John McIntire also in the cast. Charles Bronson plays a featured role [also an Apache] under his given name Buchinsky. An exceptional and lovely copy of an important book that provides a biographical insight into a champion of his people, yet the story had to be presented as a novel because the author had to fill in a lot of gaps.

Wild Bill Hickok, The Man And His Myth.
by Joseph C. Rosa

Tucson. The Life And Times Of An American …
by C. L. Sonnichsen